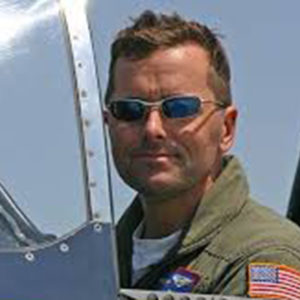 Jim has been flying historic fighter aircraft for over 20 years and has accumulated thousands of hours in aircraft, such as the P-51 Mustang and Supermarine Spitfire, as well as Navy fighters, including the F4U Corsair and Grumman F8F Bearcat. He holds commercial and multi-engine instrument ratings and holds a surface-level aerobatic waiver for solo and formation aerobatics in a multitude of piston-powered fighter aircraft.

Jim is an attorney and trial lawyer in Philadelphia, Pennsylvania and runs The Beasley Firm, LLC, a complex litigation law firm. He is married with five children.